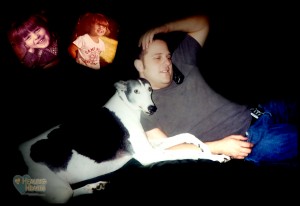 Jeremy was born March 1st 1974; He was intelligent, witty and very competitive as well as thoroughly mischievous.  He hid behind his blond hair and blue eyes and looked almost angelic while hiding his deviltry behind that cherubic face.

When Jeremy was 13 the family moved from New York and was enrolled in Spanish River High School. It was not easy keeping him on the right path and sometimes school was a challenge. He seemed restless during periods of organized education and continued this trait right through his college years.

In high school, Jeremy played a year of freshman football and a year in junior varsity. However, the team outgrew him. Everyone seemed to be over 6 ft tall weighing in at 200 lbs or more while Jeremy was 5’8″ weighing 155.
He changed directions and became a debater. He was nominated to be Co-Captain and the team went on to win the national championship It was the first in the history at Spanish River High and Jeremy became the student with the most individual tournament wins ever in that school.

He was also active in Boy Scouting advancing through the years from Cub to Eagle rank.

After high school, he received a partial scholarship to the University of Florida, joined the debate team and was ranked amongst the top ten debaters in the nation. In college he was an active member of Delta Chi Fraternity, but somehow lost his way to partying instead of studying.  He left school after two years and took a job as a waiter.  His parents felt he needed to find some direction and suggested to him that he go to Israel and work on a Kibbutz. During that year he toured most of the country and parts of Egypt.
Upon his return he enrolled at FAU and earned his bachelor’s degree.

After college, Jeremy entered the family business working alongside his mother. He had a photographic memory and a, “Never take no for an answer attitude” and soon proved himself a valuable asset. As a broker in the food business he had instant recall and could quote the cost, destination and buyer of a truckload of Campbell’s Soup shipped more than a year in the past without ever referring to his notes or a computer. He traveled all over the country inspecting goods, negotiating trucking and delivery and establishing personal relationships.

In 2000 he purchased his own home and the following year met Kyra. Two years later she gave birth to Skylar, their daughter .He was the proudest father you ever met and took her everywhere.

The weekend of July fourth 2003, he and his family visited a friend and decided to spend the night. He  went to sleep that night and never woke up.
His funeral was one of the largest ever recorded at that chapel. There was standing room only with lines working out to the street.

Jeremy loved music and followed several bands flying throughout the states to attend concerts. One band in Particular, the Disco Biscuits, took him into their fold.

The January after his death, they flew in to Florida and did a fundraiser for his daughter, Skylar. Over seven hundred young people attended and they raised enough money to prepay his daughter’s college education.

Jeremy was admired by many, respected by most and loved by almost all.

Your heartbroken and loving Mom.